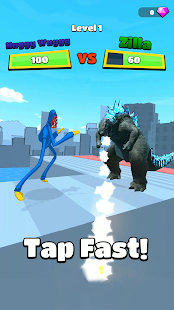 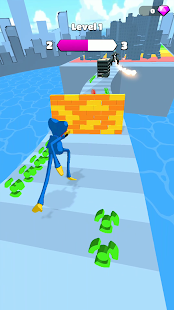 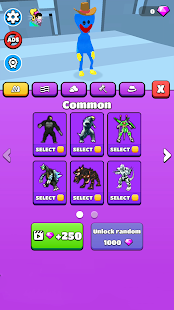 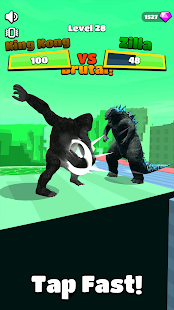 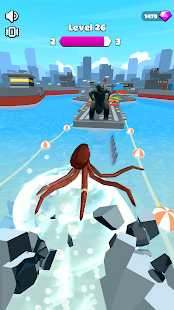 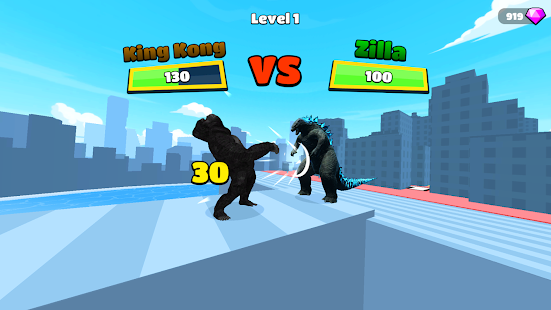 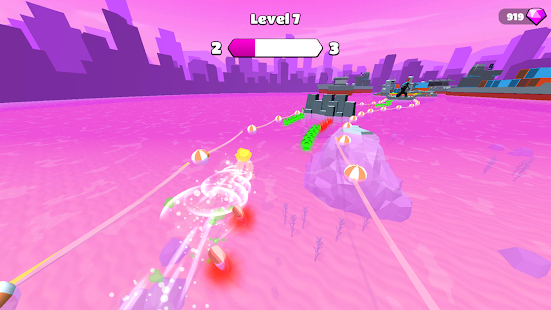 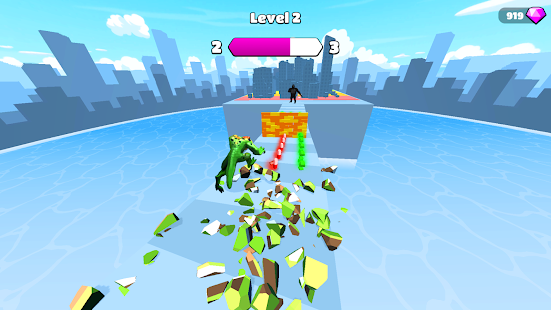 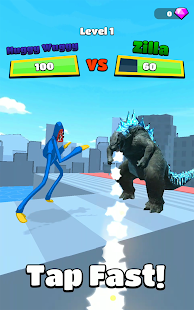 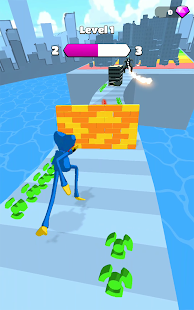 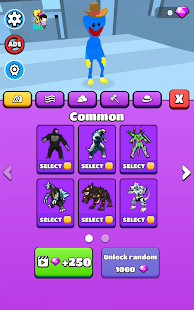 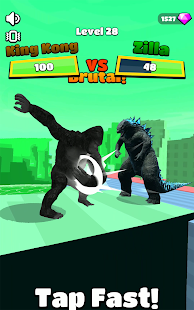 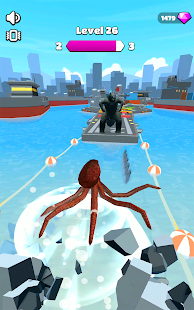 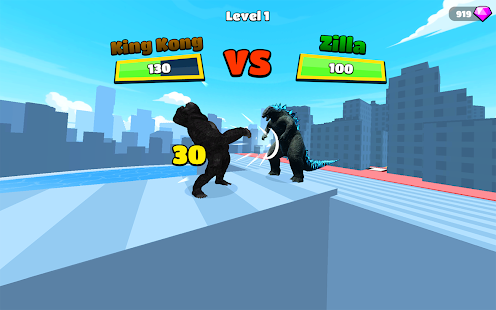 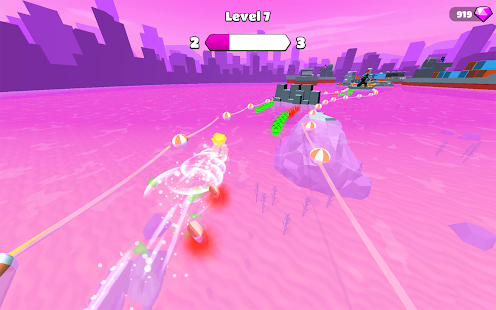 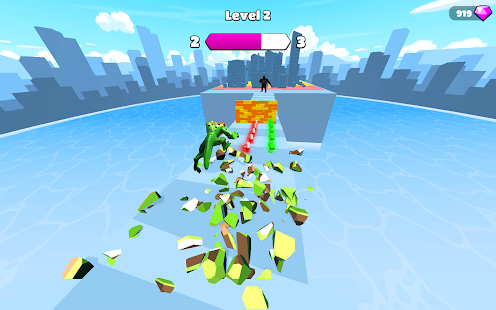 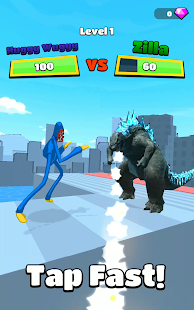 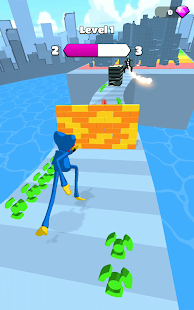 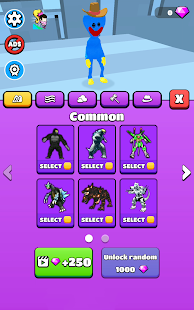 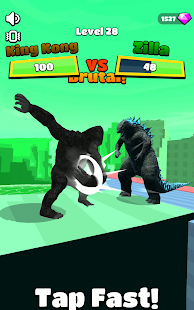 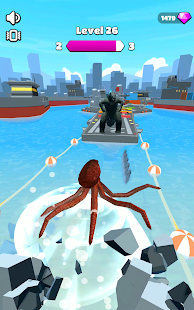 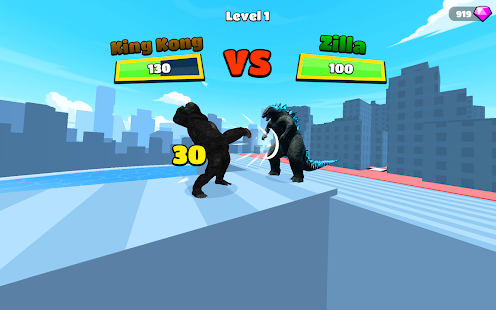 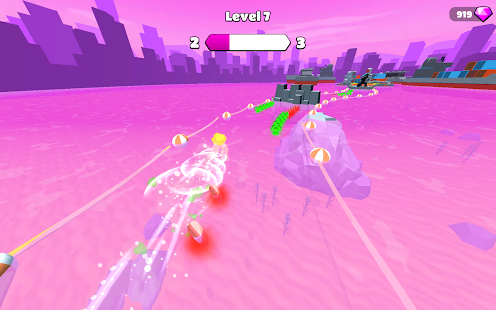 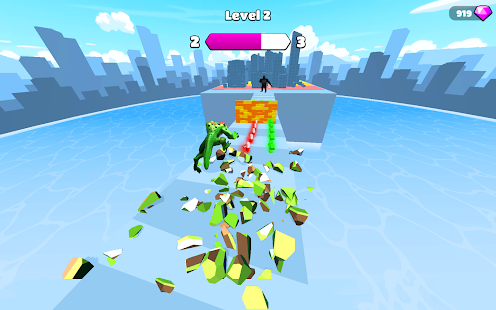 Can you evolve from a cute animal to a terrible monster to protect the city from destruction?

Your quest is simple…evolve to become a horrifying beast capable of destroying cities and fighting other monsters! A rampaging monster is destroying the city! You must mutate and evolve into a giant monster to fight fire with fire!

Eat as much demon food as you can! Be fast and agile! Stay hungry, and become a beast!

Fight the final boss! A huge creature is destroying the city and you will have to beat it to protect the people living there!
Unlock new and more powerful monsters!
Only 1% of players unlock all the creatures ⏩ Up for the challenge?

Grow your animals from cute pets to terrific monsters. Run and avoid obstacles and prepare yourself to fight surrounded by skyscrapers.

Remember, if you don’t eat enough demon food, your enemies will beat you in the final round fight. Are you ready to fight with a giant lizard, Kaiju, or Dzilla?

Play for free. Challenge yourself to become the king of the demons…
This is not one of those classic and boring cute animals training games. This is a new, free, and cool game for boys and girls.

List of the features of your new free casual game:
👹 Beautiful 3D graphics
👺 Be the strongest Kaiju ever
👹 100% free game
👺 Fun and addictive gameplay
👹 Easy controls
👺 Many demons and Kaiju to destroy

How to become a Kaiju Run – Dzilla Enemies master?
⚔️ Start as a cute baby animal or kaiju.
☠️ Eat as much food as you can.
⚔️ Evolve into a giant and terrifying monster.
☠️ Choose correctly the monsters that you want to be and how you want to grow them. If you don’t evolve fast enough, the other big creatures will crash you.
⚔️ Run fast, and reach the town before the monsters destroy it all.
☠️ Be brave and face the other monsters in the city. Become the strongest and most terrible one in order to save the town from destruction.

If you believe that evolving to become the king of the Kaijus and save the world from other demons is not just a matter of luck, show your abilities and become the strongest monster in the world. Best of luck!