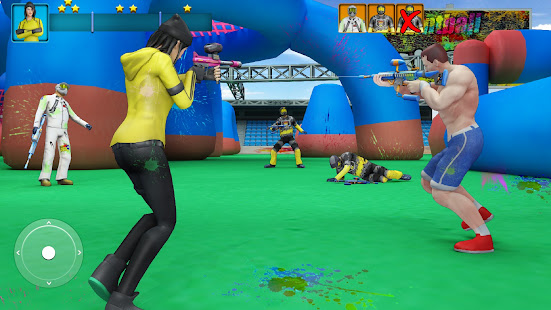 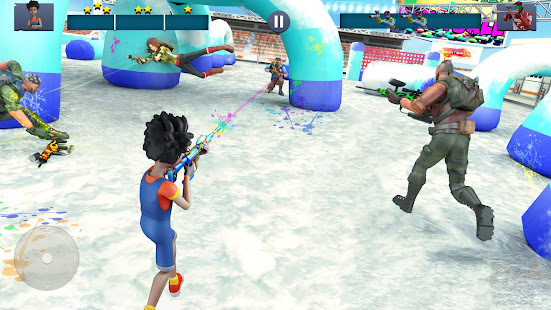 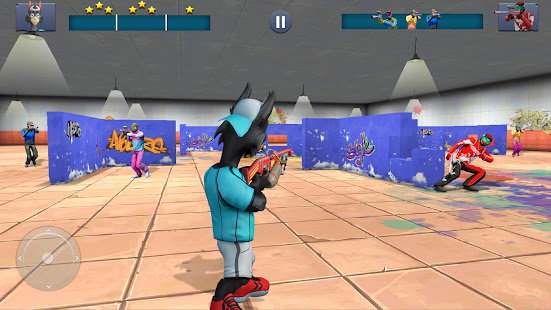 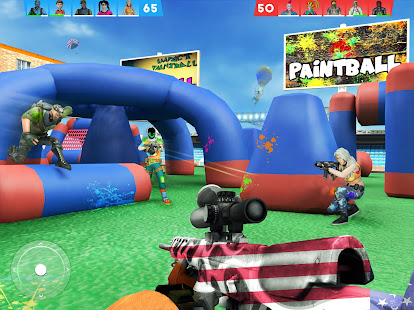 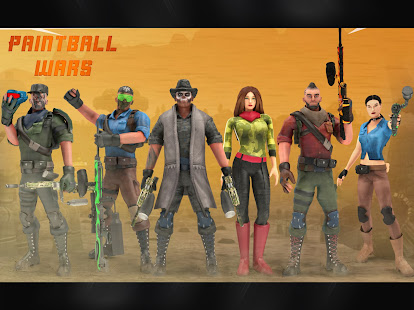 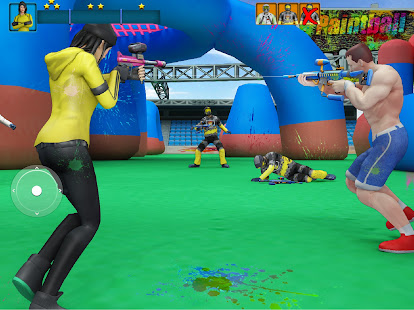 Enter the world of indoor paintball shooting arena where you will fight against the enemies like army commandos with loaded paintball guns! It’s your time to train yourself as a PRO army shooter. Become a military commando! Eliminate them or get knocked out by the sharpshooters, reload your auto shooting gun like an army sniper and show your battlefield skills in the arena! Paint ball games are designed to train you for army training with a hint of fun and a splash of colors. You can choose the weapon of your choice from the variety of 25 types of guns. Each one is equipped with special qualities. As the levels proceed, you need to start firing fiercely and be more precise. For precise shooting, you need a gun like a sniper. Play hard to unlock all of them!

Colorful Fun Arena:
The fun arena AKA learning field is the easiest where you can choose your gun, try all your strength, practice shooting, and learn how to set the target. On fun levels of paintball games, you will face fewer rivals and they will be easier to eliminate.

Shooting Survival Arena:
In the survival arena, you have to face more rivals now. The shooting is harder. Multiple rivals attack you and you have to fight all of them back to win the paintball battle. The rewards are also bigger.

Epic Hell Arena:
The hell arena is a shoot or scoot. The hardest levels are waiting for you. To know what surprises are waiting in the hell levels download the paintball shooting games now!

How to become a Commando?

Paintball shooting games have taken the army training to a different fun level. Take your different guns and get into the battle of colors. This is the ultimate paintball color shooting competition having different levels in the colorful indoor paintball arena. Load your guns and shoot your rivals. The power of intense color splash would eliminate them. Prove your shooting skills in offline gun games. To make the game more fun 16 different heroes have been added. Everyone with their skills and class. Moreover, you can upgrade the skills. The more you win you will be able to upgrade your hero’s skills.

Be alert and experience your gun shooting skills while roaming in the arena having enemies behind the cover barriers. High-profiled super characters include robot girls and much more will help your hands in the battle versus super energetic paintball rivalries. Play the color battle fun games for free! Play the color arena game like sniper shooting games. Enjoy the breath-taking 3D paintball arena graphics and be ready to train yourself as an army commando. You have been given a secret commando mission to hunt and eliminate the mafia don. Look out for all your shooter rivals and shoot them with your gun. Feel like shooting with a sniper gun and enjoy the offline gun games for kids.

Enjoy the colorful offline games having a lot of indoor fun with unique episodes!

✔️ Indoor colorful arena
✔️ Cover barrel
✔️ Minimap to search your enemies
✔️ Many guns to buy
✔️ Interesting game play
✔️ Realistic physics
✔️Awesome animations and 3d models
✔️ Game online earning has been added, so earn as much as you can
✔️ New arenas include street & block arena.
✔️ All new challenges will take your interest to the newest height