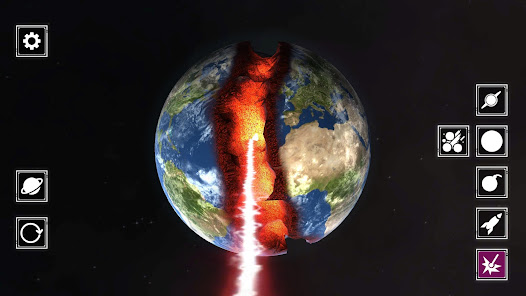 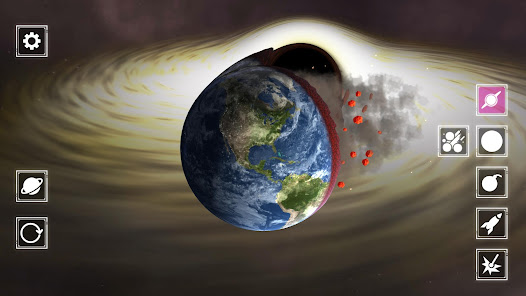 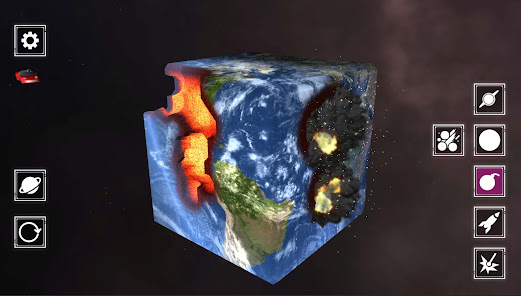 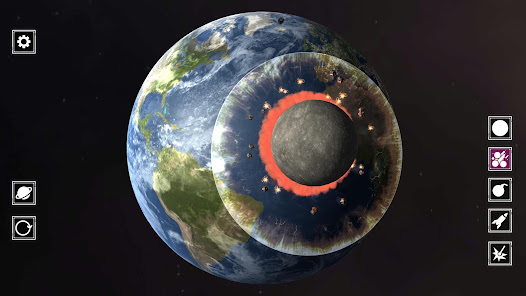 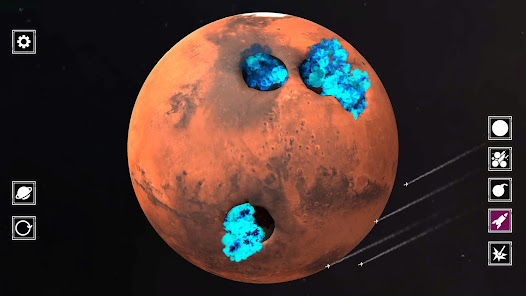 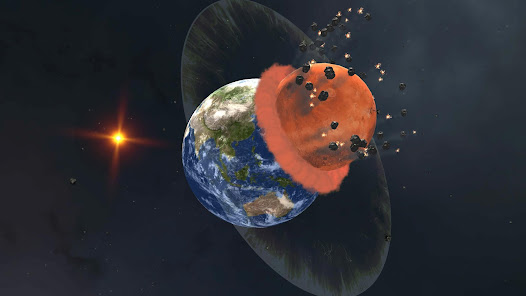 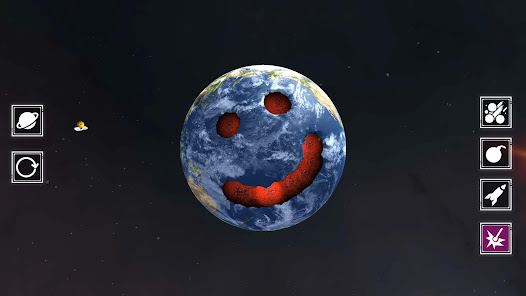 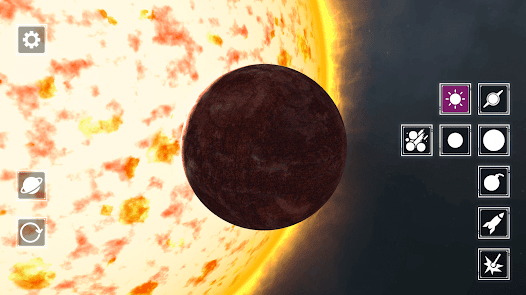 Planets Smash – Solar System is an offline planets destroyer simulator game.
Your mission is very simple – to choose one of the solar system planets and to destroy it in various ways. Put bombs on the surface then detonate all of them. Launch as many rockets and missiles to any location on the planet Earth. Use laser fragments and get through lava right to the core of the planet. And finally, what if entire planets have tremendous impact? You can try it yourself, choose a big planet like Mars or Mercury and throw it right to the Earth, or any other planet in the solar system. Observe colossal planets smashed in the solar system with gorgeous realistic visual and audio effects. After destruction planets will have a realistic asteroid belt formed from the planets part. Dive into your own universe sandbox, pocket galaxy, smash solar system planets with all available weapons.
Enjoy brand new 2022 best of destruction games in space.

HOW TO PLAY：
1. On the right side click the icon to select the weapon, tap on the planet to use it.
2. Change the weapon.
3. Control the camera and zoom for the best experience.
4. Change planet to another or reset current for a new round.

You can do planet collisions in a space destroyer simulator game.
1. Planets from entire solar system for you to destroy:
Earth
– Mercury
– Venus
– Mars
– Jupiter
– Saturn
– Uranus
– Neptune

Checkout all planets of solar system, destroy them all

Find the Differences - Spot it