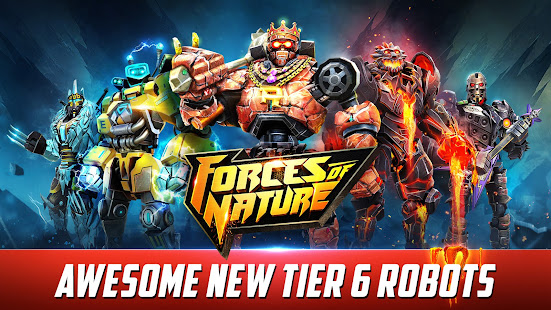 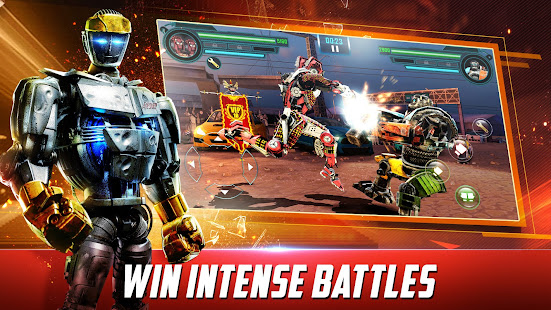 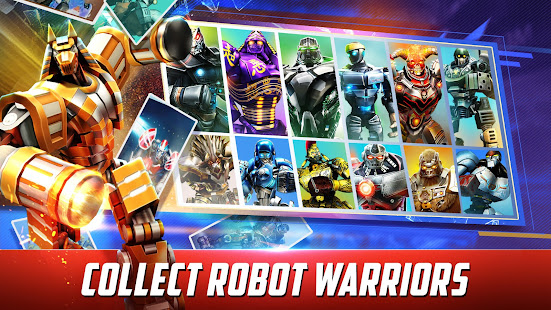 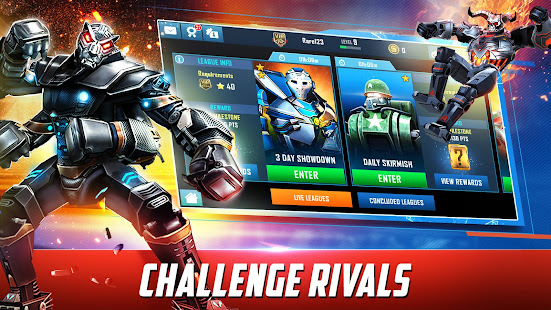 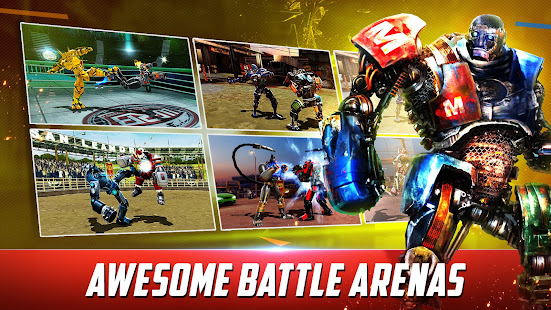 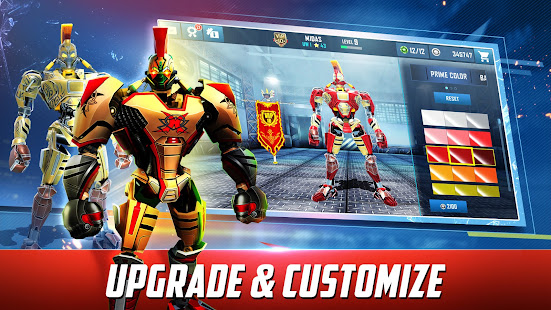 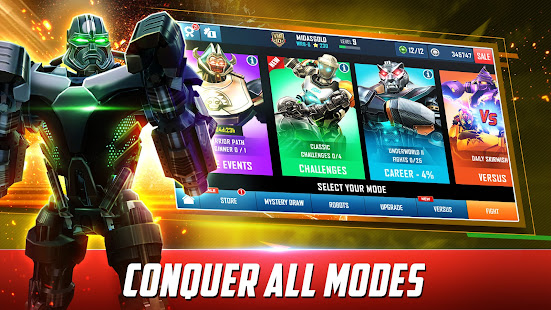 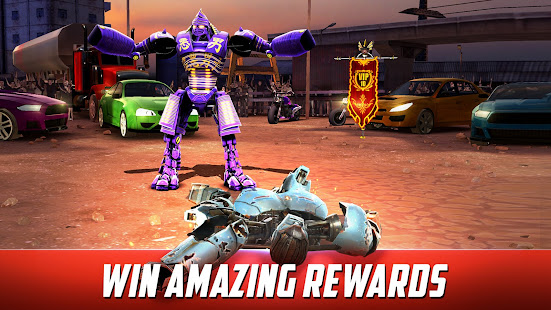 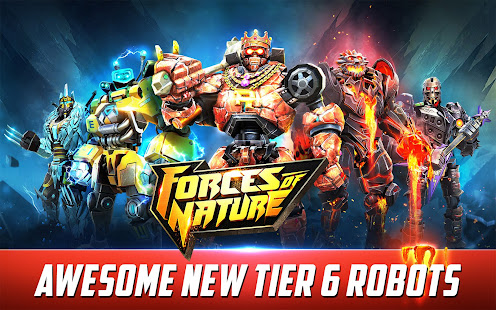 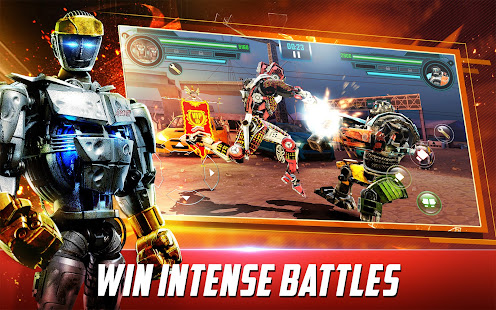 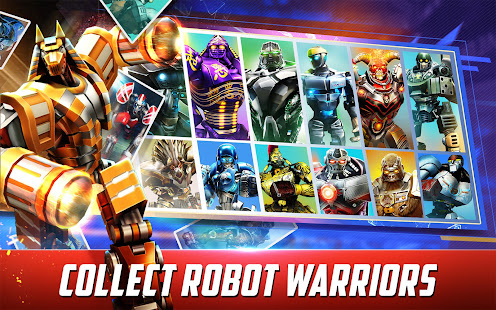 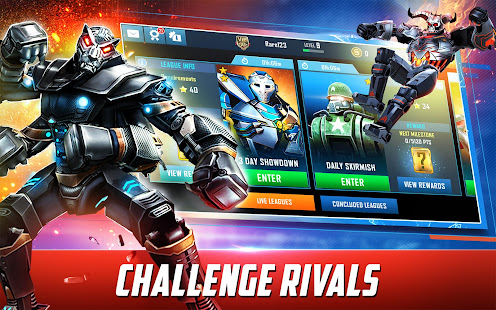 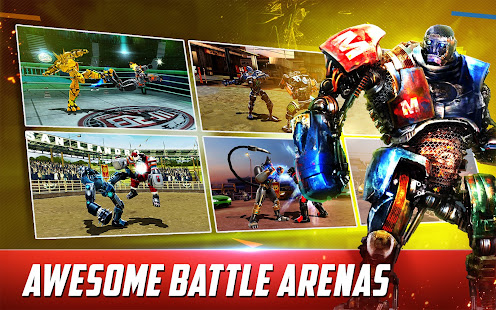 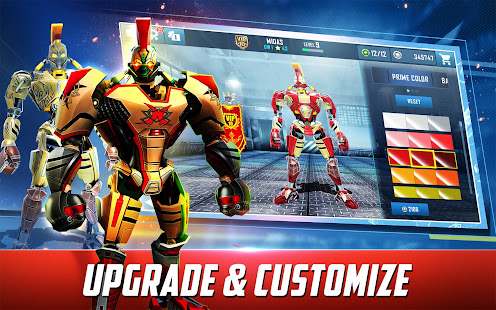 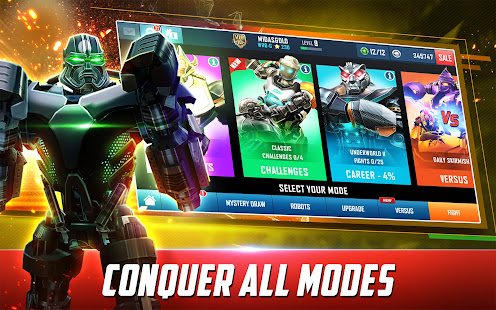 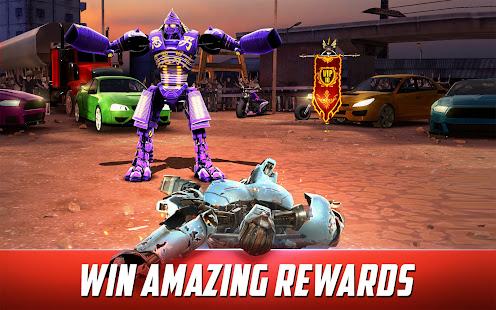 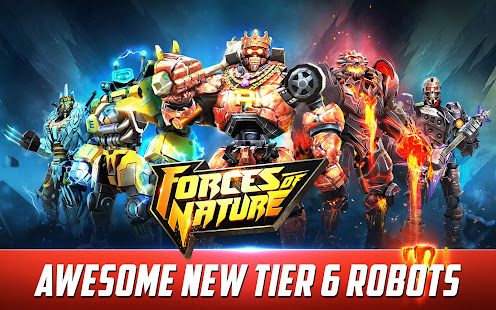 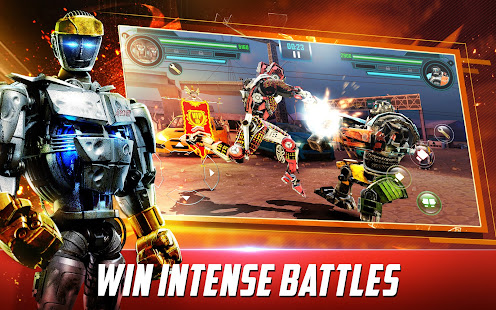 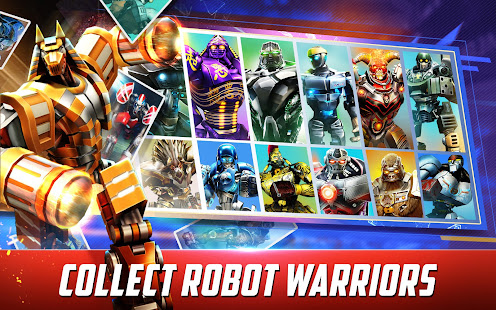 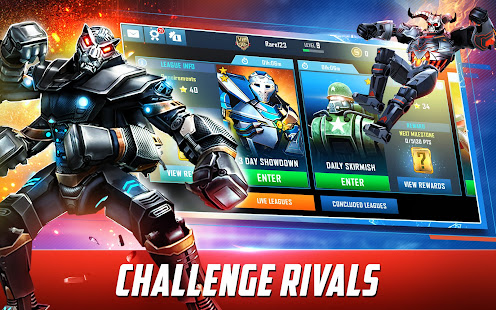 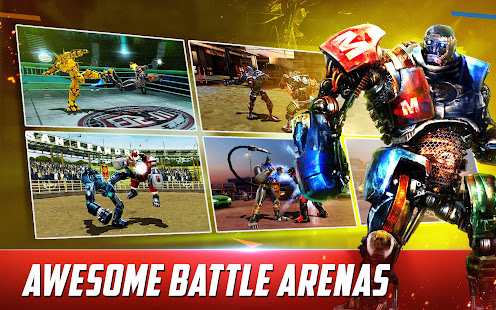 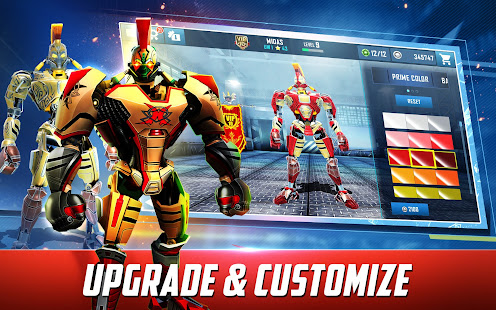 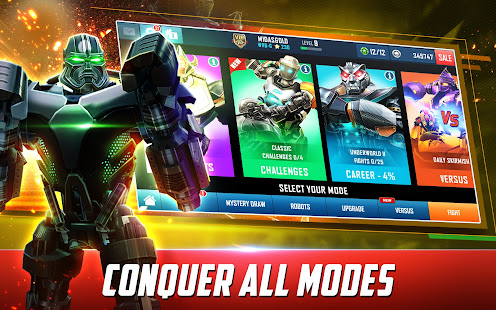 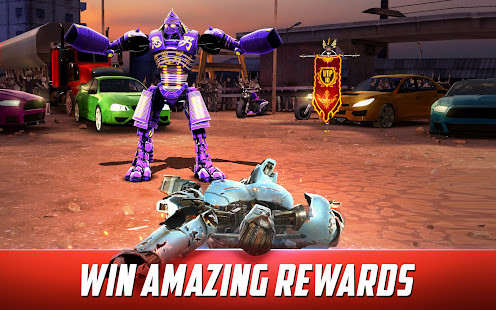 Join Atom, Zeus, Noisy Boy, and many more of your favorite Robots in the battle for supremacy of the Real Steel universe. This exciting action-fighting Robot Boxing and Brawler brings the heroic storytelling and spectacular action from over 100 years of Robot Fighting on to your mobile device! Top the Leaderboards, claim the Championship title and reign supreme as the Ultimate World Robot Boxing Champion. Win big in Versus Leagues & Global Tournaments.

BRAWL WITH REAL-TIME WITH FRIENDS
Unleash your true self in live local Wi-Fi & Bluetooth multiplayer and earn bragging rights while enjoying the winning moment!

EXPERIENCE REAL SPORTS ACTION
Build a roster of your favorite sport robots and take on the Legends in enthralling arenas and stadiums.

UPGRADE & COLOR YOUR CHAMPION
Fight and Upgrade your robot to be stronger, faster and meaner. Color your robot, express yourself and have some fun in the Paint shop!

SHOWCASE YOUR TRIUMPHS
Win Challenges and exhibit your achievements in an all-new Trophy Room.

RELIVE THE INSPIRING MOVIE
Play the official boxing game of the blockbuster movie Real Steel. Take your robot champion from the movie for amazing title winning experiences in this smash hit sequel.

The game is also optimized for tablet devices

This game is completely free to download and play. However, some game power-ups can be purchased with real money within the game. You can restrict in-app purchases in your store’s settings.

* Permission:
STORAGE: for saving the data and progression.
FORCES OF NATURE UPDATE

Introducing Tier-6 Robots that are living embodiments of the elements of nature:
HIGH VOLTAGE – Explodes rivals with a blast of electricity
DEATH METAL – Manipulates sound waves for ultrasonic attacks
VESUVIUS – Fueled by scorching lava burning rivals from inside out
CHILLER – He can freeze a volcano. Cold is just too hot for him.
GEMSTONE – Rocks a diamond fist that can crush any metal in the universe

Get them from awesome new Offers and Deals