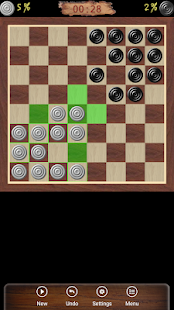 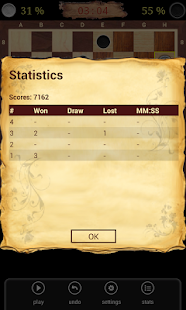 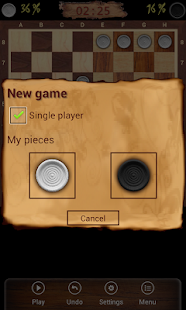 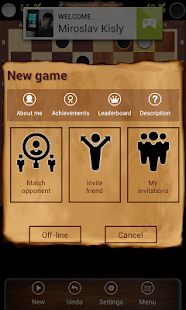 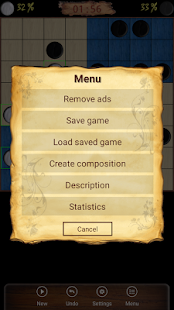 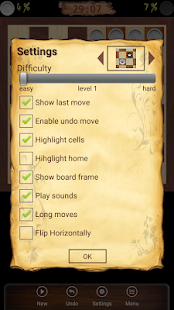 Ugolki, also known as Corners or Уголки in Russia, is a two-player board game that is typically played on an 8×8 checkers/chess board. It is said to have been invented in Europe in the late 18th century.
This game requires less thinking than traditional checkers, but can also be very challenging at the highest difficulty level and can train your brain perfectly.
The application contains powerful algorithm of game and friendly classic wooden graphic interface.

Game rules:
Pieces can move in all directions horizontally and vertically. During one turn you can move the piece or jump over other pieces multiple times. It is not required to perform all jumps. The goal of the game is to move all your pieces to the opponent’s side. The player, who is the first to place all his pieces on the opponent’s side, wins the game.

Your comments will help to improve this application in the future.